The Secret to Making Bleach a Safe First-Aid Antiseptic

Turn An Old Fire Extinguisher into a Metal Forge! 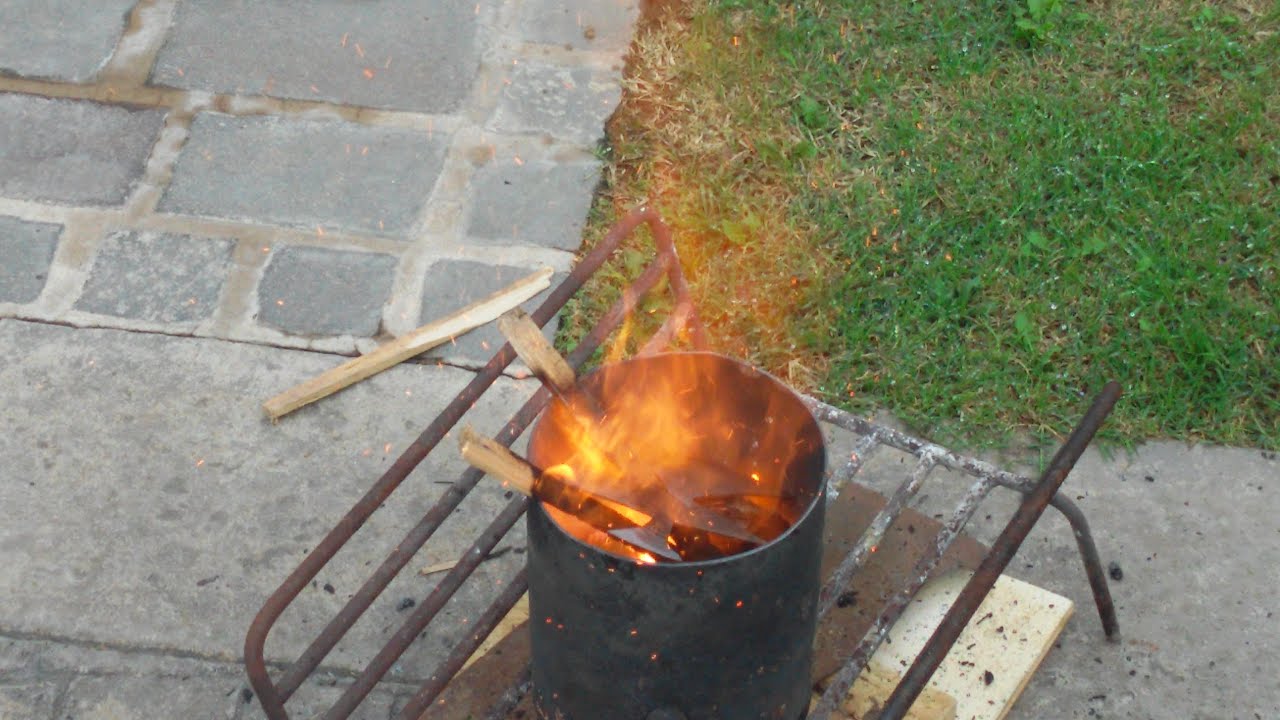 You can turn a fire extinguisher canister into a very hot and efficient forge in a few simple steps.  This option is far superior to using aluminum cans or other thin material as the thickness of the metal of the fire extinguisher will absorb a tremendous amount of heat.  Let’s look at the basic idea behind this trick from this DIY video and you can easily modify it to meet your particular needs.

The next step is to cut the can down to size by tracing a line around its edges at a point below where it tapers off into the top where the valve assembly is situated.  The next step is to take a grinder or circular saw with a metal-cutting blade and cut off the top portion of the canister.  You may need to make a few passes in order to make the cut complete depending on the thickness of the metal and the quality of your cutter.

Set the top portion aside and file down the edge of the cut on the canister that you just made to remove any shards or barbs.

The next step is to drill a pilot hole near the bottom of the canister where you will insert the pipe that will introduce air into the forge later.  Once the pilot hole has been drilled, use a metal hole-saw attachment for your drill and bore out the hole that matches the diameter of the pipe that you will use.

The easiest thing to do is use the pipe that is attached to the valve assembly that extended into the center of the canister.  File that down to smooth out the rough edges around the hole that you just bored.  Take some sand paper and rub away any residue around the outside of the pipe and set aside.

Attaching the Pipe and Air Compressor

You will need some type of air compressor in order to inject air into the forge.  You can use anything from a blow dryer to one used to inflate air mattresses.  Just make sure that it will produce enough power to inject a suitable amount of air into the forge to keep the fire blazing hot later on.  You may also want to consider finding a compressor that has a exhaust tube that is a similar diameter to the pipe you are using.  This is not essential, but it will make attaching the components easier later on.

The easiest thing to do is to take some duct tape and use that to seal the pipe to the compressor.  Keep in mind that this device does not need to be solidly-built, but you can use joints, adapters or sealing compounds to create a stronger fitting if desired.  The aim is simply to inject air into the system, so the connection is not as important as it’s ability to prevent air from leaking out on its way into the forge.

You can make a more complex variation by fashioning the fire extinguisher so that it is horizontally-situated instead of vertically.  Instead of removing the top portion of the canister, cut a section out of the center that is large enough to accommodate the items that you will be heating.  It can be as long and wide as you like.  Remove the pipe that extends from the valve assembly into the center of the canister.  Attach a hinge to one edge of the section that you just removed and the side of the canister.  This will create a flap or door that you can open or close as desired in order to regulate heat as the fire burns.

Modify the valve assembly so that you can use it to regulate the amount of air that enters the system.  Use a smaller hose, even the one that comes with the fire extinguisher, or piece of pipe, attach it to the valve assembly and attach the other end to the compressor.

Both variations will give you everything that you need to create a simple forge that has the capability of generating a tremendous amount of heat.  Just make sure that you place the forge in a location that is far from combustible items so that the risk of starting a fire during use is minimized.

You can also follow this similar pattern to create forges out of large canisters such as oxygen or propane tanks for bigger projects as well.  As you progress through this project, chances are that you will come up with ideas of your own that will allow you to customize it to meet your particular needs.  Just make sure that all of the connections are secure in order to minimize air loss from the compressor into the forge.

Try this out for yourself, and you can have access to a durable and efficient forge to melt soft metals that can be poured into molds to create a wide-range of practical items.  You can also use the forge to soften hard metals just enough so they can be fashioned into a limitless array of useful tools or accessories.